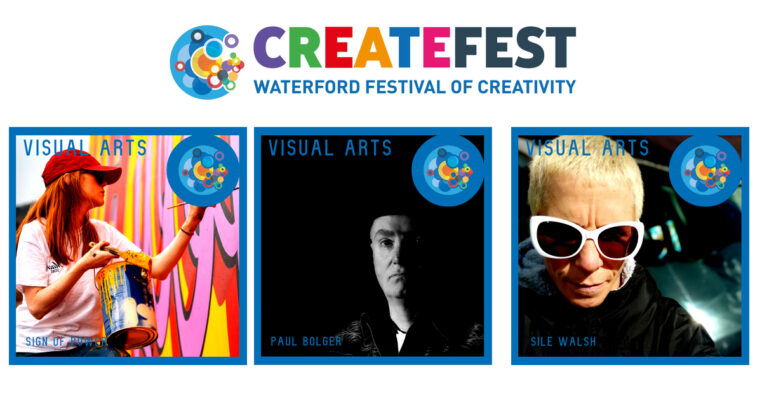 CreateFest 2020 gives you the opportunity to network, learn from and talk to professionals in the visual arts industry. Tickets are limited.

This years design panel members are

Paul J Bolger is what some might call a ‘Renaissance Man’, even if mentioning that makes him feel a tad self-conscious. He has had a rich and varied three decade plus career in the creative industries as a film director, animator, storyboard artist, production designer, studio owner, author, illustrator and more recently, film producer and songwriter/performer.

Paul currently works in music, film and the visual arts/publishing.

Musically it’s been a quarter of a century since he released his last album, The Moss House, to critical acclaim with top Irish music magazine Hot Press rating it 8/10 at the time. Paul followed this, and the wall-to-wall airplay the album received, by playing all over Ireland for the rest of the decade before returning to filmmaking.

After a chance meeting with an old friend and supporting the American Singer David Corley in Waterford in 2015, the music bug bit Paul and he dived back into recording not one but two alums in as many years. The first, self-titled record, is out now on CD and Digital from Canadian label Wolfe Island Records and a limited edition vinyl edition will be released in December 2020. The second album, recorded in Armagh, will be released in early 2021.

In the film world he has worked with animation legends Don Bluth, Richard Williams and Ralph Bakshi and more recently, through his company PillarStone Productions, with Aardman Animations on Pirates: Band of Misfits, Arthur Christmas and the Shaun The Sheep Movie. He has also directed projects, supervised productions and acted as a design consultant for Emmy award winning Brown Bag Films among others. In 2010 Paul wrote and directed the animation short Hamster Heaven as part of The Magic Piano series by BreakThru Films to celebrate the 200th anniversary of Chopin’s birth. The film won Best Animated Short at the Underground Cinema Festival in 2011 and his follow up live action short, Angus, based on the stage play Urbs Intacta Manet, by Pat Daly was nominated for Best Comedy in the same festival. In December 2019 Paul completed the Production Design for the upcoming 3D animated feature adaptation of Riverdance for Moya Doherty’s Tyrone Productions and the internationally renowned UK/Canada based Visual Effects and Animation studio Cinesite.

Paul has had many exhibitions of his paintings and drawing down the years with the best known in Waterford being SOUND OUT as part of Imagine 2013. Paul created over 80 portraits of well-known and not so well known Waterford musicians making original music.

He also released a trilogy called HOUND based on the life and times of legendary Irish hero Cú Chulainn between 2015 and 2017. This was co-written with screenwriter and Horslips main man Barry Devlin. The big news on this project is Paul has signed a publishing deal with a major international publisher to release a 500 page hardback omnibus edition of HOUND in 2021 – and a feature film and TV series continues to be developed.

It’s busy times ahead at PillarStone Studios; Paul’s base near Waterford City.

Sile Walsh returns after a hiatus from art while raising her young children. She returned to the studio in 2017 and has been practicing as a professional artist to date.

The majority of her work is figurative and based around her family, friends and the local community that gravitate towards the ocean. Her work focuses on a captured moment and allows the viewer to find their own narrative or connection with the individual or individuals in the painting.

A self taught artist Sile generally works on birch plywood and acrylic but she is in the process of introducing oils, print and sculpture into her practice.

SIGNS OF POWER is Dublin based lettering artist Vanessa Power who specialises in hand-painted signs and type based murals.

Her bold typography conveys a contemporary and timeless urban aesthetic. And her vibrant style acts as a bridge between the traditional craft of sign painting and the arresting aesthetic of the pop art movement.

Attracting commissions for Jameson, The Guinness Storehouse, AirBnB, as well as Facebook and Twitter and a myriad of national and international brands.