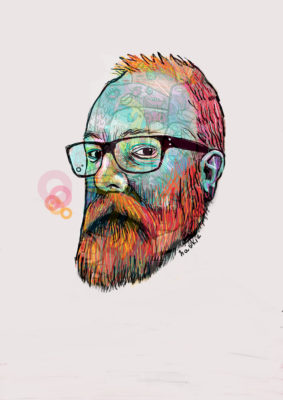 Mark Graham is a lecturer in the Department of Creative and Performing Arts at Waterford Institute of Technology by day, drummer, vocalist and trombonist with multi award winning band King Kong Company by night. Mark has previously worked for Today FM and RTE Radio. His first book, A Year of Festivals in Ireland, documented his quest to attend three Irish festivals per week for an entire year. He ended up attending three Irish festivals per week for three years, while writing his Festival Fit column for The Irish Times. A Year of Festivals in Ireland won Travel Book of the Year at the Travel Writers Awards 2015. The associated Year of Festivals blog won Best Popular Culture Blog at the Irish Blog Awards.

King Kong Company have played the biggest festival stages in Ireland, Europe and the UK. They are due to make a welcome return to Glastonbury in 2020, while at home their late-night sets at Electric Picnic have become the stuff of legend. Dubbed ‘festival specialists’ by Irish press, shows for their Ireland and UK Winter tour are selling out. The band have twice received awards for Best Live Act in Ireland. They received the Bram Stoker Medal for Entertainment from the Philosophical Society in Trinity College in 2018.

Music, education, technology, media and festivals aside, Mark is happiest touring coastal routes on his bicycle. He’s undertaken some epic spins in different countries. For his 2,500 km Wild Atlantic Way journey on a wooden bicycle, in 2015, he contributed weekly roving reports to The Marian Finucane Show on RTE Radio 1 and wrote weekly articles from the road for The Irish Independent. Recently he led a German documentary crew on a Mayo and Galway coastal cycle. That documentary aired on ARTE Television in spring 2019. His dream is to head off on a round-the-world cycle.

A former All Ireland Conker Champion and All Ireland Bucket Singing Champion, Mark only managed 15th place in the All Ireland Bog Snorkelling Championships, but he did clock in a better time than Leo Varadkar in the competition that year.  Mr Varadkar, of course, tends to underperform when he finds himself in deep water, although he may have picked up some valuable mud-slinging skills at the event.

One thought on “Mark Graham”